A downloadable game for Windows, macOS, and Linux

Lost In The Deep Space

A nervous fps-platformer with minimal design !

In the skin of an astronaut, lost on a small planet, you will be challenged to harvest as many crystals in record time. In this game, you will be brought to move from platform to platform using your weapon to activate passage. The objective is to collect a maximum of points before the end of the stopwatch. This game which mixes address and reflex is particularly ideal for fans of speed run.

A Spaceship and Linux !

A game by Diano Di Matteo

it keeps crashing when I load it

Best game I've ever played! It's challenging, but on an acceptable level of challenging. I love it! Oh and by any chance, can you add multiplayer? Like whoever gets the most gems wins or something?

Thank you for your comment ! I'm not working on this game anymore so no updates are planned

Hi, what are the System Requirements of this game please?

I did not do any performance test procedure. But it has no special requirements, if your computer is struggling to run the game you can reduce the settings. The game is free it costs you nothing to try ;)

I like the idea of this fast pace game, only thing slowing it down is my bad coordination skills.

It would be cool if there were more maps or bigger maps :D

WE are agents for the DEA.... 500 years in the future ! We found this drug planet where the cartels are harvesting DEMON METH. A meth so powerful it makes everything turn RED. OUR mission is to invade this planet and confiscate all of the METH crystals ! 3......2........1...... DEPLOY !

I legit want to give a donation so much, but I can't since I don't own a credit card, sorry.

Hey man made a vid on your game good work, keep it up and that soundtrack tho lol

Very fun, especially once you get into the flow of it and learn the level. Could definitely use some optimization though, it runs really clunky. An indicator to where the next crystal spawns would help the flow as well.

The music is just friggin' epic!

There's a fun bug where you can get stuck in the entrance area :D

I love this game and the music! Sadly, I can only find one of the songs listed here... Is that ok to put links next to the song names?

The links are there ;)

I really like the idea of shooting nodes to activate platforms on a timer! The reload animation for the gun was simple, yet clean and functional. Also, I rather enjoy the, 'ambiguous galaxy' setting! However, I didn't find this demo mechanically compelling and here's why:

Felt like simon says with 12 nearly identical platforming challenges: run, shoot, short hop, short hop, collect rock, reorient. I like the concept, as first draft as it was, but I could never get over the inconsistencies of the current mechanics. The initial dash has such a slow acceleration rate, it feels like molasses. But even though there was acceleration on the ground, my air speed dropped as soon as I let go of any direction. To top it off, I always want to over-shoot my trajectory while jumping because there were times where I was close, but not off the ledge, and I was actually pulled back and dropped from the platform.

I would like to see more of this game and will probably keep myself updated on it's development cycle! My ideal first-person parkour experience would have a greater top speed for the player as I like relying on fundamentals over pattern memorization, immediate responsiveness with the controls so feel extremely in control of my character, and an organic amount of asymmetry rather than a parimeter couse full of 90 degree turns around a 2x2.

Best of luck as you continue to develop!

This game is awesome! I love it ! The idea of this game is so cool and i appreciate you Diano Di Matteo for creating it !

I Loved This Game I like u enjoy my video

I did not understand your message but try this:

After decompressing the zip file, start the .exe file. A window will appear click on extract, then find the folder that was created and launch the exe that is there.

How I can reduce the sound of the game?

Now there is no sound option. I will watch to put in the next update.

Needs more maps but otherwise I love it

Thanks to Steelorse for this amazing video !

How I can reduce the sound of the game?

This game was pretty fuckin dank, loved it!

I cant download it can some body help me ?

Cool game! I got on the leaderboards! Couple things: there is no penalty for falling, maybe have the gem teleport when you get back up? Also, sometimes the targets glitch out if I hit them too quickly. Otherwise awesome game! One of the best ones I've seen on Itch!

Super fun game for how simple it is, love it :)

I love the parkour altough it took a bit to get used to it! I like the gamemodes and i was thrown high in sky multiple times!

Acctually loved playing this game, so much fun please keep up the great work

Fun twitch gameplay that could benefit from some sensitivity adjustments and more streamlined point collection in addition to some more stages. Makes you wonder how some people got the crazy scores that they did >.>. Even still, I enjoyed this for the most part.

loved that you had to shoot to get around wish it was a end to end thing but still great :D

Just unzip and launch the .exe

Maybe you just need to click the .exe, click extract and then find the resulta of the extraction and you can run the .exe you can find there

Someone made a tutorial how to download it: https://www.youtube.com/watch?v=Kbkg3AJY0H0

Can't install. Any reason why?

Was definitely a really fun and entertaining game to play, I'd recommend it!

This was one of my main problems during development. But I will try to correct this

When ever I try to download it just goes away? Any Ideas?

For Mac or Windows ?

Loved the game and the concept. Multiplayer in the future??

will you update the game

Maybe, but not now. I have too much work these days. But after, according the feedback, I maybe make some changes.

the game loocks grate but the jump is to slow! you run so fast the you have a big change of fail white the jump plz fix

If you make a fast pressure on the space bar you can make a small jump and a long pressure for big jump. I think the game feel is cool like that.

I just wanted to point out some issues:

- The mouse is not lock to the game (fullscreen and window mode) so when I move around and the mouse exit the game window I can't clic to shoot without unfocus from the game.

- Maybe the player is walking a bit to slow. Make it faster and more reactive (same for the mouse sensibility, it should be more sensible)

A part from that nice game, I loved the laser gun and the sound ! I would try it again with some adjustments :p

Thank you for the comment ! I know my game isn't perfect but if i make an update I do attention to these points.

I finished a gameplay, I enjoyed the game a lot and the music was pretty good. There was certainly a lot of red...hehe. 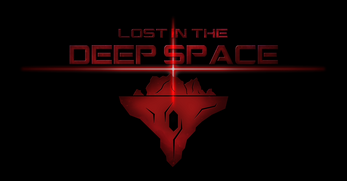 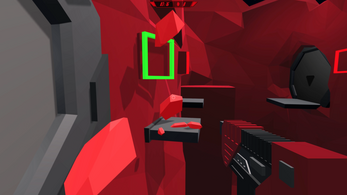 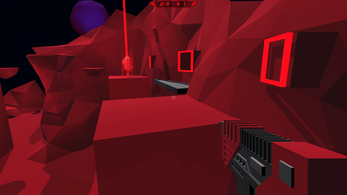 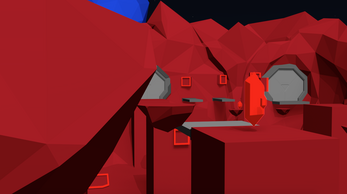 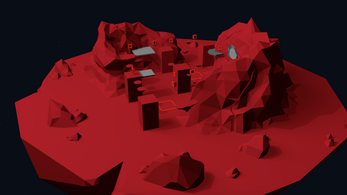